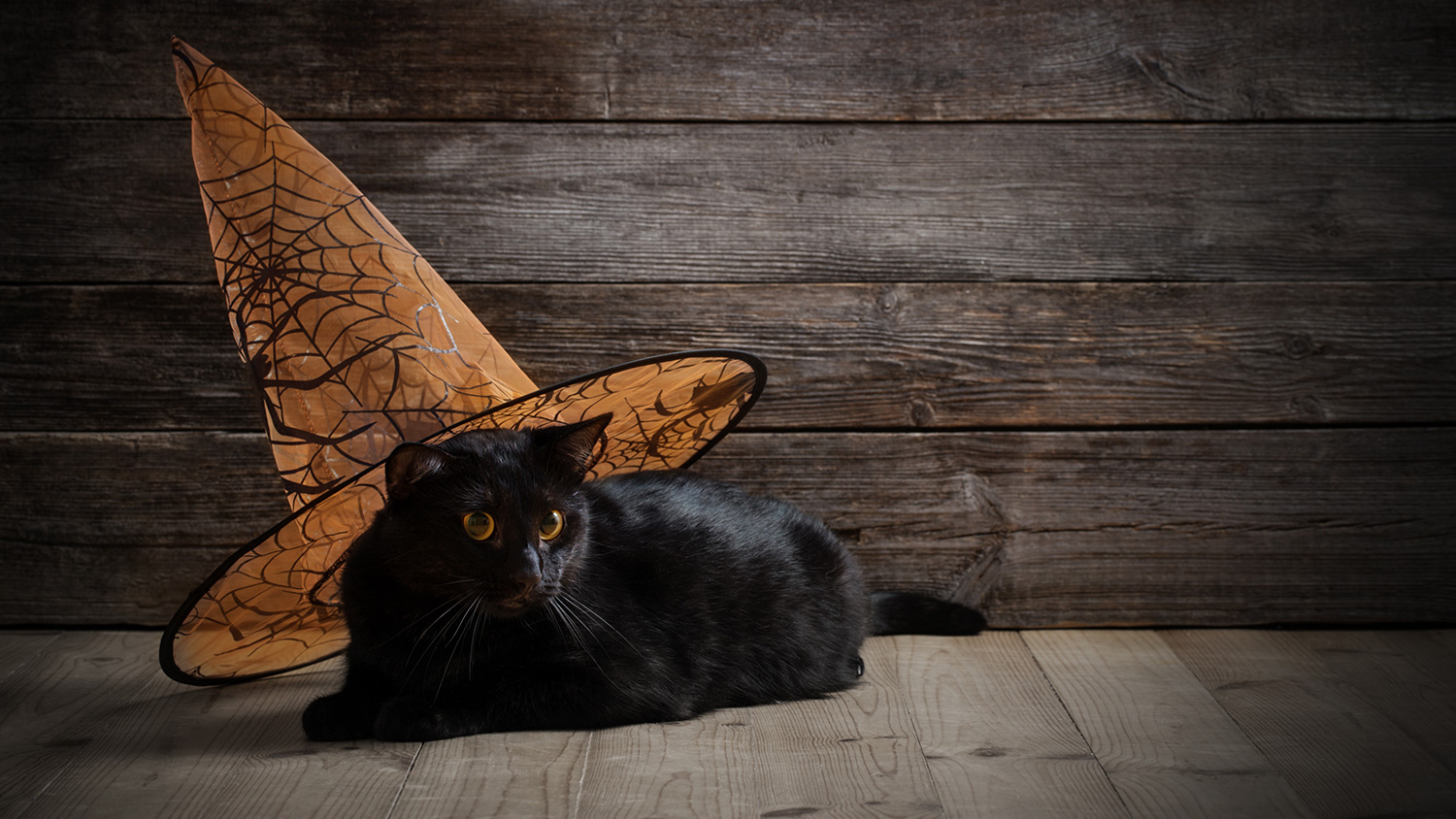 Halloween is embodied by a medley of symbols, from haunted houses, ghosts, vampires and more. All of these I understand – they are scary. Black cats have always been a part of Halloween, but all of the black cats I have ever met have always been very friendly. So why is it that these cats in particular have become synonymous with Halloween?

witches and their familiars

In the Middle Ages cats began to be associated with evil because of their mysterious nature, their habits or roaming the streets at night and due to the superstitions of the Puritan Pilgrims of Plymouth Colony. This was an extremely religious group who practiced a Protestant lifestyle and therefore disapproved of all things that went against their religious beliefs. This resulted in a huge shunning of witchcraft and all things related to it, as they believed it to be the workings of the Devil. Indeed, cats were believed to be gifted to witches by the Devil to act as their servants (otherwise known as their ‘familiar’). They are animals who help the witches with their spells. It was also commonly believed that witches could shapeshift and disguise as cats in times of trouble. This ultimately led to the hunting and killing of witches and their familiars for centuries, to such an extent that cats almost died out in Britain. As witches became more synonymous with Halloween, so did cats.

A more direct link between black cats and Halloween comes from the Samhain holiday and cat siths. According to Celtic mythology, cat siths are fairy creatures who look like big black cats and haunted the Scottish Highlands stealing people’s souls. As attested in 10th century literature, people celebrated the Samhain holiday every year on the eve of the 31st of October to mark the end of harvest season and the beginning of winter. On this night, people were expected to leave out a bowl of milk for the cat siths, or suffer the dreadful fate of having their house being cursed (I know what I’d do). As time went on, the Samhain holiday merged with All Saints Day, which merged into what we know now to be Halloween. It seems that this idea of the black cat has carried over and evolved from one holiday to the next.

Fortunately, the witch-hunts ended and cat siths became but a mere myth, allowing cats to make a comeback as a lovable household pet. By the late 1800’s different and distinctive breeds of cats began to emerge and their popularity has been on the rise ever since.

Because of all of the superstitions associated with cats, it’s wise to keep your cat indoors during the celebration, regardless of their colour, but especially if they are black. Despite the fact that most people do not believe that black cats are evil or unlucky, just the amount of people out and about and increased traffic can make the streets an unsafe place for a cat to roam. If you do want to let your cat out, but also want to keep an eye on there whereabouts, consider using a UBEE GPS cat tracker to give you that extra peace of mind.